Freedom from Torture urgently needed to raise money for their Christmas appeal – and we knew Facebook adverts had the answer.

We worked with Freedom from Torture to develop creative ideas, produce videos and deliver an advertising campaign that lead to thousands of donations for victims of torture.

We showed Freedom of Torture the best fundraising adverts in the field by building a tool to scrape Facebook’s Ad Library.

Then we ran a series of Sprint workshops to develop concepts for video and image adverts. Our creative workshops delivered over 100 creative ideas with staff using the online tool Miro.

We developed and delivered on creative concepts using live shoots with actors and even created a powerful video with actress Thandie Newton.

Our semi-automated editing process enabled us to deliver and test multiple versions of each concept and ensure each advert had the best return on investment.

We delivered over 20 images and 20 separate video adverts of different lengths. Then these were strengthened with user feedback from Freedom from Torture’s target audience.

We supported Freedom from Torture’s in-house team to setup and optimise the ads, which enabled Facebook and Instagram to identify which ad was performing best and put more spend behind those.

Richard’s Sprint training was superb. I would recommend this training to anybody looking to change the world with social media. More than anything, you’ll come away with incredibly practical, evidence-based tools to help you empathise with your audience, generate ideas to hook them in, and ultimately move them to act. 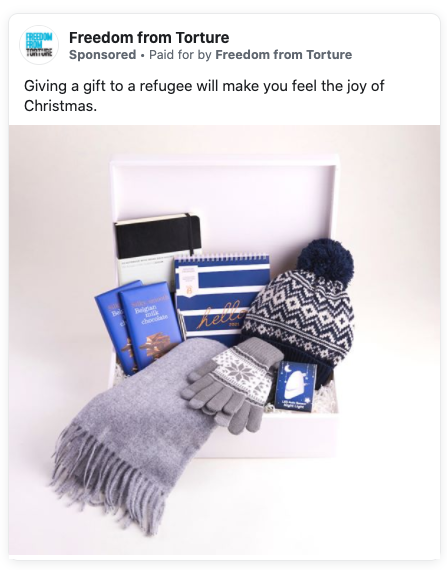 We overtook Obama at the Paris Climate Talks

We worked with Momentum on an election influencing campaign in 2017

We made a video which led to 122,969 signatures and helped ban Microbeads